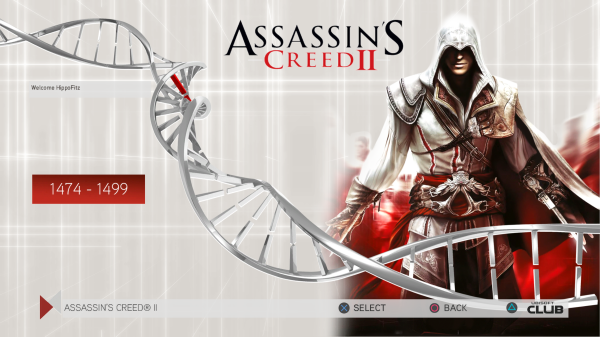 I’m playing the Ezio Collection on PS4 because I haven’t been enamored with any of the new releases so far this year. The only game I was super excited for in the early part of the year was Anthem and we all know how that turned out. I didn’t vibe with Sekiro: Shadows Die Twice when I saw more of the gameplay nor did I want to get involved with Days Gone early. So, rather than play a game I was unsure about I dove into a game I knew I loved in the form of Assassin’s Creed 2. For the most part, it’s as great as I recall but it also looks way worse than what I thought. Even with the remaster the game looks like how I remember PS2 games looking, which isn’t accurate. Just how I feel.

END_OF_DOCUMENT_TOKEN_TO_BE_REPLACED 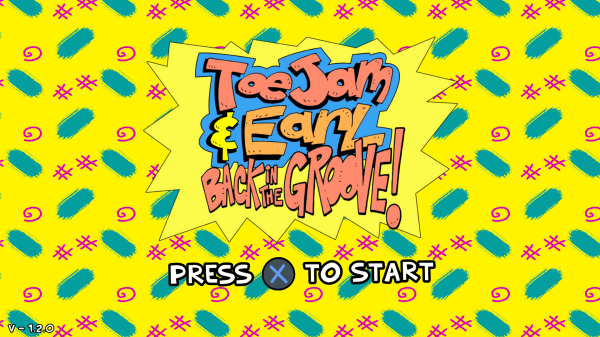 FINALLY! It seems like I have been waiting for this game for years. And I have since the Kickstarter launched on February 25, 2015, a little bit over four years ago. The game is out. I absolutely adore the ToeJam & Earl from 1991 and Back in the Groove feels exactly like that. If you are nostalgic for that game you will probably like Back in the Groove. I don’t think the game is going to make many new fans though. You wander around Earth looking for ship parts to rebuild your ship and fly back home to Funkotron. Oh and you open random presents you find on the ground in order to power up and make your travels easier.  And then you ride elevators to go between levels. It sounds ridiculous because it is.

Let’s get into the review.

I guess spoilers. Although I’m not entirely sure how I could spoil this game. Story is not the main focus and the game has very little story.

END_OF_DOCUMENT_TOKEN_TO_BE_REPLACED

I have no idea how Guerrilla Games are the same team that developed both Killzone Shadow Fall and Horizon Zero Dawn. I just finished Killzone this week to make some progress in my backlog, and I am whelmed. I didn’t have many expectations going in so I wasn’t let down, I also wasn’t impressed either. Again, I am amazed at the difference between the two games mentioned as they come from the same studio. I should point out that this is my first Killzone game, I’m not sure how much that impacted my enjoyment of the game. I think Shadow Fall took me around 6 hours to finish, an average time for shooters.

Alright, let’s get into the Killzone Shadow Fall review.

END_OF_DOCUMENT_TOKEN_TO_BE_REPLACED

I haven’t been this excited for a new release in a long, long time. Like many people, I played the original Red Dead Redemption at release and loved it. I knew we would get another game in the series eventually, I didn’t expect it to take eight years. Once you start playing Red Dead Redemption 2 you can see why it took so long. Red Dead Redemption sits in my Top 5 favorite games of all-time. I expected greatness for RDR2. Here are my thoughts.

END_OF_DOCUMENT_TOKEN_TO_BE_REPLACED

I am really glad I played this game when I did. I missed it earlier in the year when it came out. But, I needed something to fill my time between Marvel’s Spider-Man and Assassin’s Creed Odyssey, two very gameplay heavy games, and Detroit: Become Human filled that gap nicely. I treated this game like a long movie and it feels right at home with that mindset.

Also, I needed a palette cleanser after getting annoyed at the Spider-Man platinum and Detroit: Become Human really helped get me back in the gaming mentality.

END_OF_DOCUMENT_TOKEN_TO_BE_REPLACED 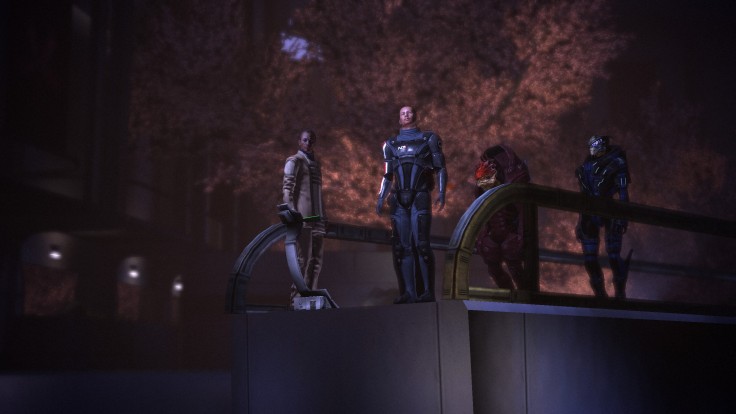 Playtime: 14 hours and 3 minutes. The game is not very long, which is amazing! I feel like games have become bloated. There is no bloat here. Only fun.

I’ve felt a bit odd never actually reviewing Mass Effect for this site. The series is easily my favorite of all-time. I have no misconceptions about some of the negatives with the game, but those do not detract from the overall amazing experience of the entire series. I’ve played the series through probably 7 times through on Xbox 360. I’ve played Mass Effect 1 and Mass Effect 2 probably more than 10 times each. I’m always impressed each time I play. I figured that since I have a computer capable, it was time for me to play through them on PC.

Spoilers!! Do not read or look at the pictures this if you’ve yet to play Mass Effect and the accompanying DLC. But, really you’ve had ten years, what are you waiting for?

END_OF_DOCUMENT_TOKEN_TO_BE_REPLACED

I hear people often say that “EA ruined Bioware” or some variation of the sort. I’ve always wondered if it’s true. I’ve been a fan of the studio since the original Star Wars: Knights of the Old Republic and Jade Empire. When I played those games I didn’t really understand gaming studios or the creators of games. Eventually, Bioware would become one of my favorite game studios. Lately, I’ve been wondering if EA’s acquisition of Bioware actually did “ruin” or hurt the developers. Let’s find out.

TL,DR: At the bottom, as usual.

END_OF_DOCUMENT_TOKEN_TO_BE_REPLACED

Not A Black Ops III Review

Don’t play Black Ops III if you haven’t. That’s the TL,DR for this post.

If my Modern Warfare 2 playtime, 1344 hours, is any indication, I used to consider myself an “expert” in the series. Either I got really bad at FPS on consoles…or Call of Duty games just got worse.

After playing and finishing Black Ops III, I have finally realized that Call of Duty is not what it once was. I’ve said many times that I’m finished with the series, “Never to return.” Maybe this time is different. END_OF_DOCUMENT_TOKEN_TO_BE_REPLACED

I played The Division at launch with a group of friends and enjoyed my time with it immensely. The campaign was a blast to play with a squad and then the dark zone had great elements that got you excited and nervous to extract gear, that usually wasn’t that good. After a couple years away, I decided to dive back into the game on PC.

TL,DR at the bottom.